How Comparison Can Boost Confidence 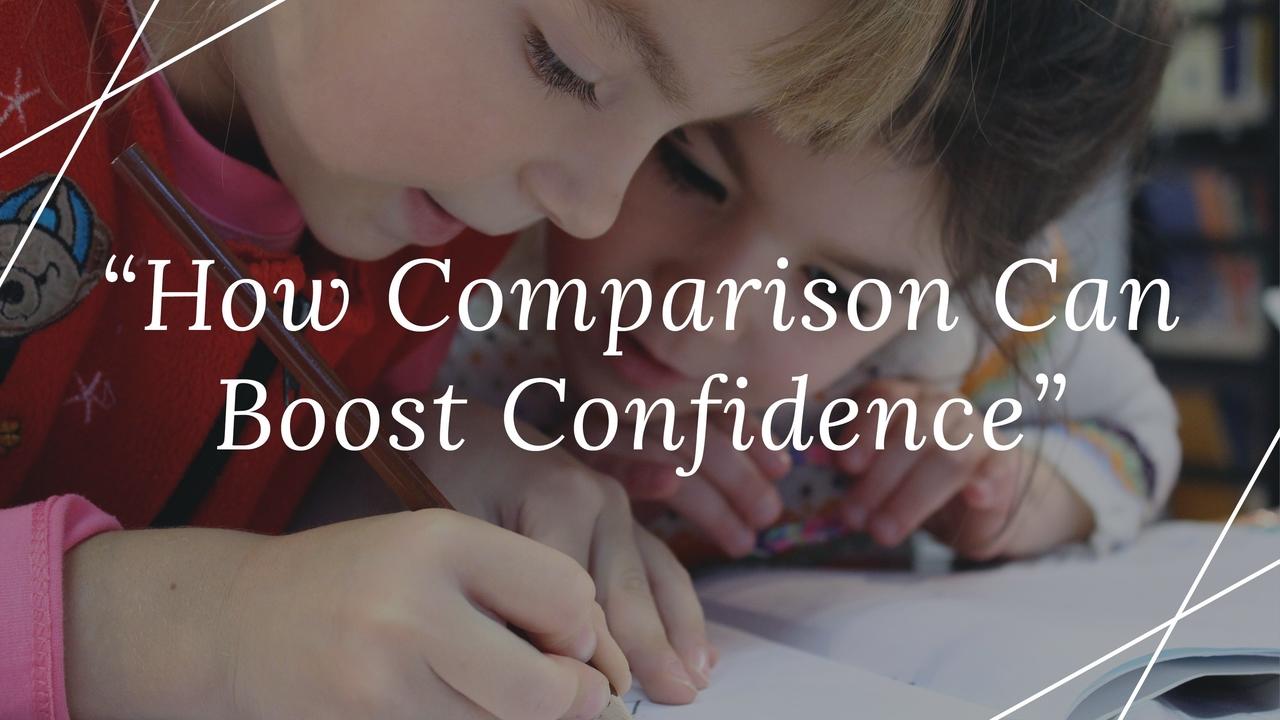 Graduate school prepares a person in many ways. Students learn how to ask great research questions, how to run ethical studies, how to conduct sophisticated statistical analyses, and how to write in a scientific way. But, if like me, you are a happiness researcher, there is something that graduate school does not prepare you for: the fact that everyone I meet has an opinion about happiness. Some people want to explain to me their views on the secret to happiness, or the relationship of money to happiness, or on common obstacles to happiness. Interestingly, among all the hundreds—if not thousands—of lay opinions I have listened to, there is one explanation of happiness that emerges time and again. People widely believe that happiness has something to do with “social comparison.”

Social comparison is just what it sounds like: it is the way that a person contrasts her own standing on some quality against that of other people. If you want to know if you are a good artist, or athlete, or if you're rich, for example, simply take a look at your neighbor’s artwork, sports ability or vacations. The logic here is that if your painting, or your car, is nicer than that of other people you will be pleased with yourself and if you find yourself in an inferior position, you’ll feel glum. This is the so-called “keeping up with the Jones” phenomenon, and it is not entirely true. In the layperson view of social comparison, it is a generally negative mental process. Poor people look at rich people with envy. Dentists and engineers fume at the good fortune of movie stars and other celebrities. You quickly become disenchanted with your new mobile phone when a shinier version is released. It is as if the world is one great disappointment.

It turns out that people do, in fact, make loads of comparisons. Only many of these comparisons are helpful instead of harmful. Yes, many of our mental comparisons lead to happiness. And that happiness, in turn, is directly linked to your success. It is related to your motivation, optimism, and perseverance, among other desirable states that are integral to success.

Let’s be honest: there is no actual a competition between you and your neighbor. No one paid a registration fee and neither of you are wearing a bib sporting your competitor numbers. There are no spectators, there is no racetrack, and there will be no trophies given out. This entire competition is in your head. Turns out, this is true of all social comparison. It is just a way that we use some target—your sister, your neighbor, your rival at the gym—to provide a basic standard for understanding ourselves.

Researchers have discovered a number of interesting findings related to this process. Researchers explain that there are two factors that lead people to make these kinds of comparisons: relevance and similarity.  In the case of similarity, you are far more likely to compare to people who you see as peers than those who are not. If you want to understand if you are a competent artist, for instance, you are more likely to contrast your sketches against others in your drawing class. You will not spend a lot of time comparing your artwork against projects made by preschoolers. In the case of relevance, you are likely to compare yourself on a quality that is relevant to you. You aren’t going to spend a lot of time comparing your knowledge of particle physics or bullfighting to others because these topics aren’t all that relevant to you.

At their core, social comparisons are about “counterfactuals.” This is a fancy way of saying that we all compare against hypothetical possibilities. Here is a classic example: You are running to catch your flight but, just as you arrive at the gate, the boarding door closes. You are too late. In this instance, it is easy to call to mind variations on reality that might have affected this outcome. If only you had run faster. If only you hadn’t stopped to tie your shoe. If only that guy at security wouldn’t have wasted a valuable minute by forgetting about the water bottle in his carry-on. If only. Interestingly, these “if only” alternate scenarios are more likely to pop into your head for narrow misses, like missing a flight by one minute, than for big misses, like missing a flight by three hours.

What counterfactual thinking reveals is that everyone has the capacity to compare reality against a mental alternative. Those alternatives, however, are bounded by the rules of relevance and similarity.

Looking Up, Looking Down

The main problem with the popular view of social comparison is that it is typically viewed as a negative mental process. People commonly assume that folks feel jealous of those who have more. While this can be true in certain instances, it is less true than you might imagine. This should be reassuring because if it were true, you’d spend all day fuming about Oprah’s net worth, Ryan Gosling’s good looks, and Lady Gaga’s talent. You would drag through the day knowing that there will always be someone tougher, smarter, or more creative than you.

People make social comparisons in two distinct “directions.” Researchers call these “upward” and “downward” comparisons. What I love about this, is that the direction you choose can influence your optimism, self-esteem and happiness. What’s more, this can be a little counter-intuitive. Let’s take each direction in turn.

Upward comparisons occur when you contrast yourself against someone who is in a relatively superior position. Your neighbor with a nicer car, your colleague who gets a promotion, a friend who is a better athlete. But upward comparisons can also be inspiring. Imagine, for instance, a close friend who learns French. She might offer just the push you need to take your own French lessons more seriously. Indeed, seeing someone who has successfully completed chemotherapy might give you great hope as you start treatment for cancer yourself.

Downward comparison works the same way. On the negative side of things, researchers have discovered that looking down on others leads to, well, looking down on others. People who use downward comparison might develop scorn for those with whom they compare. You can see this in the examples of Millennials who scoff at older people’s lack of tech-savvy, or older folks who shake their heads at the lack of wisdom in the younger generations. Just as upward comparison has a potential psychological upside, so too does downward comparison. When used correctly, downward comparisons leave people feeling good about themselves. To return to the cancer example, you might feel higher self-esteem and optimism when you realize that an acquaintance suffered much worse side effects from chemotherapy than you are.

In the end, social comparison—which comes naturally to all people—can be both a choice and a useful skill. You can use upward comparisons of other people’s successes to activate admiration, inspiration, and optimism. Similarly, you can use downward comparisons as a terrific reminder that things may not be as bad for you—relatively speaking—as you are tempted to believe.  It may be a reminder to exercise empathy and curiosity. This simple mental tool can boost your self-esteem, increase your motivation, and lead to a greater sense of appreciation.