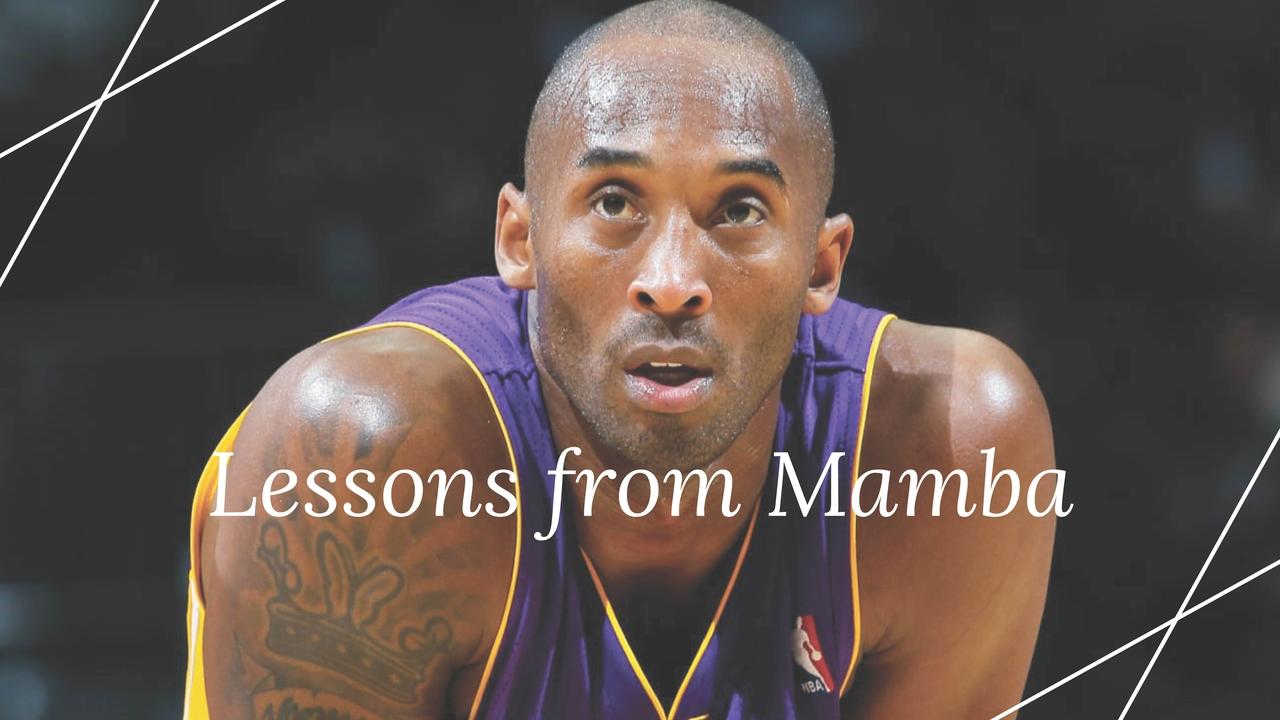 “As you get older, you realize that championships come and go, but the most important thing you can do is to pay it forward.” —Kobe Bryant

On January 26th, at approximately 9:45 AM PST, the world lost a legend.

Kobe Bryant, along with eight other people, including his thirteen-year-old daughter, Gianna, tragically died in a helicopter crash in Calabasas, California.

How does the world process losing someone who seemed so invincible—someone whose tenacity for greatness made us believe in the impossible?

Everyone who loved and respected Kobe Bryant will deal with his loss in their own way, but I believe that there is one thing that everyone can do to honor his legacy: learn from the lessons he taught.

Teaching people to dream and do the impossible was, perhaps, Kobe’s chief aim in life. He tried to teach his mindset for success to anyone who would listen. He called it the “Mamba Mentality.” His goal was to teach us that, if we believed, worked, and persevered like he did, we could accomplish the impossible, too.

“You have to dance beautifully in the box that you're comfortable dancing in. My box was to be extremely ambitious within the sport of basketball. Your box is different than mine. Everybody has their own. It's your job to try to perfect it and make it as beautiful of a canvas as you can make it. And if you have done that, then you have lived a successful life. You have lived with Mamba Mentality.” (4:00 - 4:22)

Perfecting our craft. Painting as beautifully on our canvas as we can. That’s what Kobe wanted us to learn from him. I believe that he taught us how to do that in at least three ways. They are the lessons I learned from Mamba...

Lesson #1: Fall in Love with Your Dream

The first lines of Kobe’s Oscar-winning short film, Dear Basketball, begins with him saying these words,

“Dear basketball, from the moment I started rolling my dad’s tube socks and shooting imaginary game-winning shots in the Great Western Forum, I knew one thing was real: I fell in love with you.”

Before top achievers put in the tens of thousands of hours required to succeed at the highest levels, they first fall in love with what they do.

How do they do it?

Kobe’s example provides clues. It’s not that world-class achievers are simply born with a love for something. Interests can be developed, if people have the right mindset. Kobe developed passion for multiple pursuits.

Did you know that, following his career, Kobe told ESPN that he loved business as much as basketball? In fact, he once said that he hoped he’d be more remembered as a business investor than an athlete. He was equally passionate about storytelling.

Kobe’s secret was his ability to attach his heart to impossible dreams. He said that his parents taught him to have “imagination and curiosity” about what was possible.  And so he never limited himself. He never lost that childlike belief about his future.

The influential psychologist and creativity researcher, E. Paul Torrance, once wrote that the key to lifelong achievement was the ability to “fall in love with something—your dream, your image of the future.” Clearly, Kobe did that. He also set an example for us to do the same.

If Kobe were able to speak with you and me, my bet is that he would tell us to believe in them and fall in love with them.

But he wouldn’t stop there. He’d also emphasize the importance of Lesson #2...

Lesson #2: Go After Your Dream with Your Whole Soul

Kobe taught us that accomplishing our dreams doesn’t come easily. In Dear Basketball, Kobe says that his love for the sport was so deep that he gave his all for it—“from [his] mind and body to [his] spirit and soul.”

It’s not enough to merely love your dream, you have to sacrifice for it. The best performers simply work harder and longer than others. In an interview with Lewis Howes, Kobe broke achievement down in simple mathematical terms:

You might be thinking, “two or three hours a day, no big deal.” It’s only when you appreciate how Kobe practiced that you fully realize the dedication required. Kobe’s entire day built up to the time that he was on the practice floor. His conditioning, film study, nutrition, and countless other aspects of preparation allowed him to go all out in a specific type of practice that experts say isn’t sustainable for longer than two or three hours each day. What does this type of practice look like? Here’s what Kobe said,

“I would go through things just as I would during a game…everything I did during the course of my training was literally simulating game shots, so when it came in the game it was automatic because I had put my body through it before. [My practice] was literally a carbon copy of [what I would do in a game].” (5:22 - 5:43)

How did Kobe harness the discipline to put himself through incredibly difficult practices each day? He did it by treating the entire process as part of his dream, not just the end result. He says:

What a profound point. Learning to love the process as much as the outcome changes our perspective on work. Work isn’t a chore, it’s part of the dream. That’s the essence of Mamba Mentality.

What dream inside of you has been calling out, wanting to be realized? Whatever it is, I believe that Kobe’s challenge to you and me is to go after that with utter relentlessness.

When you experience challenge, remember that that’s part of the dream. The struggle is the dream. Once we realize that, we can unlock our fullest potential.

However, the Mamba Mentality is about more than just fulfilling your own potential. It’s also about leading others to do the same. This takes us to Lesson #3...

In his retirement speech (a day in which he, remarkably, scored 60 points), Kobe wasn’t interested in talking about his career. He spent the last few minutes on the NBA stage telling thousands of Laker fans how much he loved them and appreciated them.

He also went on to say how proud he was to be a Laker— that what he cared about most was not what he had accomplished, but that he was able to be part of a fraternity of Lakers who had accomplished so much before him.

Following his retirement, Kobe threw himself fully into causes that were designed to uplift and help those around him—from the inspiring stories he told on film, to the youth camps and academies where he coached, to the charities that he contributed to.

Perhaps most of all, Kobe embraced the opportunity to spend more time with his family. He spent his days with his wife, Vanessa, who he called his “best friend,” and with his daughters, who he was extraordinarily proud of.

Over the last week, the thing that impacted me the most were the videos and pictures of Kobe with his family. It was so touching to see how much he cared about them.

As devastatingly sad as this is, we can all take solace knowing that Kobe died doing something he loved to do—supporting his daughter in her basketball dream. (If you’re not familiar with the whole story, Kobe, his daughter, and the other passengers were on their way to a youth basketball competition.)

At the end of Dear Basketball, Kobe tells basketball that “it’s okay” that he can’t play anymore. Essentially, he expresses gratitude that he was able to live his dream and he takes solace in the fact that he’d learned so many enduring lessons during his journey. Recognizing all the positives that came from basketball helped Kobe to say goodbye.

Hopefully, remembering the lessons Kobe taught us can help us say goodbye as well.

It’s never easy to let go of our heroes—especially those who helped us to catch a glimpse of what is possible in our lives.

But, Kobe’s passing isn’t the end.

His legacy can live through those he inspires.

Before he died, Kobe said his goal was to challenge people to “look internally and reflect on themselves” and to take more action toward their dreams.

He hoped that those he inspired would inspire others. “Therefore,” Kobe said, “We can create this infinite loop of inspiration. And that’s the goal. That’s what we’re trying to do.”

As we remember the lessons of Kobe Bryant’s extraordinary life, we can do our small part to build that “loop of inspiration” and to help Kobe’s legacy live on, through us.