If Life is a Game and You Want to Win, You Have to Play 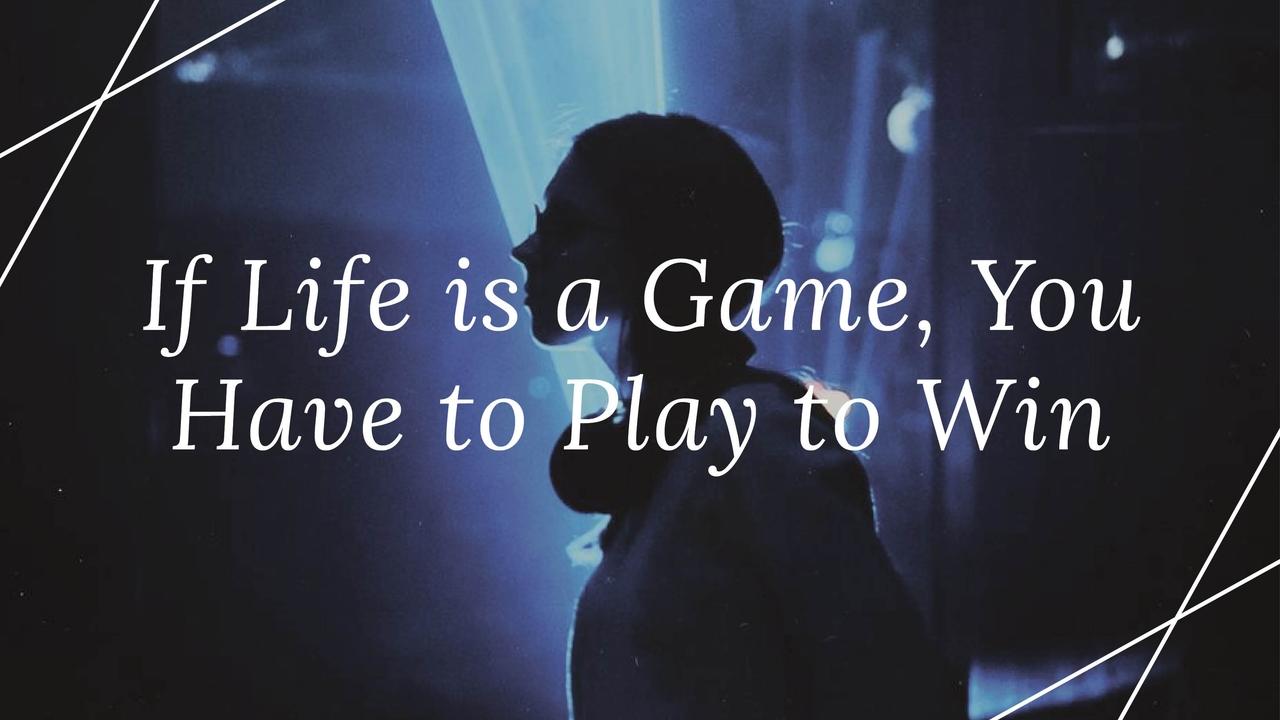 It is easy to fall into the trap of thinking that playfulness is a personality trait that you either have or do not. Instead, you should think about playfulness as a skill that can be learned. Which is reassuring, because playfulness is widely beneficial.

My grandfather had many virtues, but being playful was not among them. He was a hard worker, disciplined, detail oriented, and generous. He was not, however, quick with a joke, fond of teasing, or known for his boisterous laugh. To give you a better idea of what he was like, family lore holds that one day, while farming, he accidentally sliced off the tip of finger with a thresher. Apparently, he finished his shift of work before heading to the hospital. Similarly, we inherited his diary after his passing. What do you think filled those pages concerning a trip to Alaska? Was it wonder at the spectacle of nature? Was it humor over social misunderstandings while interacting with the Inuit? Nope. It was a faithful recording of barometric pressure, tide tables, and temperature. See? Not very playful.

I bring this up not to malign my grandfather, but to illustrate the fact that people seem to vary in their inherent playfulness. You likely know people who seem reserved or self-serious and others who love play and tickling. It is easy to fall into the trap of believing that playfulness is simply a matter of personality; some folks are born to have fun and others were made to grind out work. Fortunately, for people who seem to fall into the latter category, this is not exactly true. Playfulness is related to personality, certainly; but, it is also a skill.

How do I know it is a skill rather than just some fluke of birth that only a few lucky souls receive? All you have to do is look at the animal kingdom. From seal pups to kittens, you can see how common—and natural—play is to all species. Play is an opportunity for young animals to practice the running, swimming and hunting that will later serve them as adults. It also helps them bond to one another and has the possible side-advantage of occasionally annoying their parents! You can also see the naturalness of play in the second example: human children. Kids from around the world engage in horseplay, games, and imaginary play. Like their counterparts in the animal kingdom, they play for many reasons. Pretending to cook or have a baby, for instance, can be a rehearsal for roles later in life.

Given the fact that so many species and virtually all human youngsters play, it is hard to make the case that it is a matter of personality. Play isn’t something we find in some people but, rather, it appears that play has to be driven out of some people. Parents, teachers, or a general culture, must tell kids to “quit playing,” to “grow up,” or to “get serious.” That’s probably what happened with my grandfather. It is easy to imagine him as a kid, shooting down alien ships or pretending to find a magical sword in the forest. Perhaps, in his play, he accidentally cut off his finger but was so tough it didn’t faze him!

I raise the issue of play because, like so many other positive skills, it is an often-overlooked tool in the success toolbox. Before we list all the benefits of play, we ought to spend a moment trying to articulate what, exactly, play is. Most dictionaries provide definitions along the line of “play is the pursuit of an activity for the enjoyment of the activity itself rather than for some practical or serious purpose.” Indeed, Dr. Stuart Brown, an expert in play, identifies “purposelessness” (which is fun to say out loud!) as one of the distinctive features of play. In addition, he argues that play is voluntary, has high potential for improvisation, is usually associated with a desire to continue that activity.

We can see examples of play all around us. In fact, the more instances of play we identify, the less we see it as a childhood pastime and the more it is obvious that it is as adult as sex or smoking. Play includes, but is not limited to, joking and teasing, rough housing, pretending, sports, drama, brainstorming, card and board games, betting, comedy, practical jokes, video games, parody, and making sand castles at the beach. To name just a few examples. In each case, you can see that the behavior itself—telling a joke or playing Monopoly- can be inherently enjoyable and does not need to have an important purpose.

Play is so integrated into every aspect of adult life, in fact, that you likely come across it in many instances of speech without evening realizing it. In fact, you’d think that work was nothing but a barrel of laughs the way that people talk around the office: “How do you think that will play with our customers?” “We are going to have to play hard ball,” “I don’t want to play favorites,” “It’s a long shot but let’s make a play for it,” “Our competitors are playing dirty,” and “I’ve been playing catch-up at work all week.” With such playful workplaces, it’s hard to believe that employees sometimes “play hooky!” In each of these common phrases, you can see that the word “play” refers to a process and not an outcome. Play is about how we do things far more than it is about what we are trying to accomplish. We want people to “play fair” and “play along”, for instance. But, why—exactly—do we? What is it about this improvisational, fun process, that is so compelling?

Fair play: The Benefits of Play

There are many benefits of play.  The most obvious benefit of play is being in flow. Flow is that enchanting psychological state in which a person loses all sense of herself; she melds with the activity. People in flow tend to lose track of time and to report that the flow activity feels wonderful. As a result, it should come as no great surprise that playfulness is associated with happiness.

Play also has social benefits. It might have occurred to you that most instances of play are done in groups rather than alone. We cannot chase ourselves or tickle ourselves for example. Laser tag, Cards Against Humanity, and water fights are all inherently social phenomena. Sure, there is solitaire but—let’s be honest—it isn’t that fun. When we play together, we bond. We feel a shared sense of positive emotion and identity. In fact, “inside jokes” are an instance of playfulness that glue people together through a mutual and humorous understanding.

Play is restorative. Fun (from the Middle English word for “to trick”) is the metaphorical iPhone charger for your mind. Perhaps the most famous example of restorative play is holiday. We celebrate formal holidays and take vacations because they allow us time away from work. Consider: would you prefer A) a vacation in which you sat on the beach and read books or B) a vacation where you sat on the beach and read books and also dug in the sand and splashed about in the water? From a strictly biological perspective, vacation A uses fewer calories. Despite the extra effort involved in the play, however, most people would prefer vacation B because it promises more fun. Perhaps this is why Mark Twain quipped, “the secret of success is making your vocation your vacation.”

Come Out and Play: How to Play

We have arrived— up until now we have been making a case for play. Now, it’s time to focus on the skill of play. There are many people out there—perhaps even you—who feel like it’s hard to let their hair down. I have been in professional trainings in which the mere whisper of “improvisation” makes people tense. So, what can folks do to be more playful? How can they quit checking email late in the evening in favor of something that feels frivolous? Here is a simple (and incomplete) list of suggestions:

In the end, play stands as a twin pillar with work, both holding up a successful life. There is little doubt that hard work and effort are important ingredients in success. More likely to be overlooked, however, is the way that light-hearted playfulness helps social connection and is psychologically restorative. If work is about accomplishment then play is about enjoying the process along the way.