The Achievement of Meaningful Moments 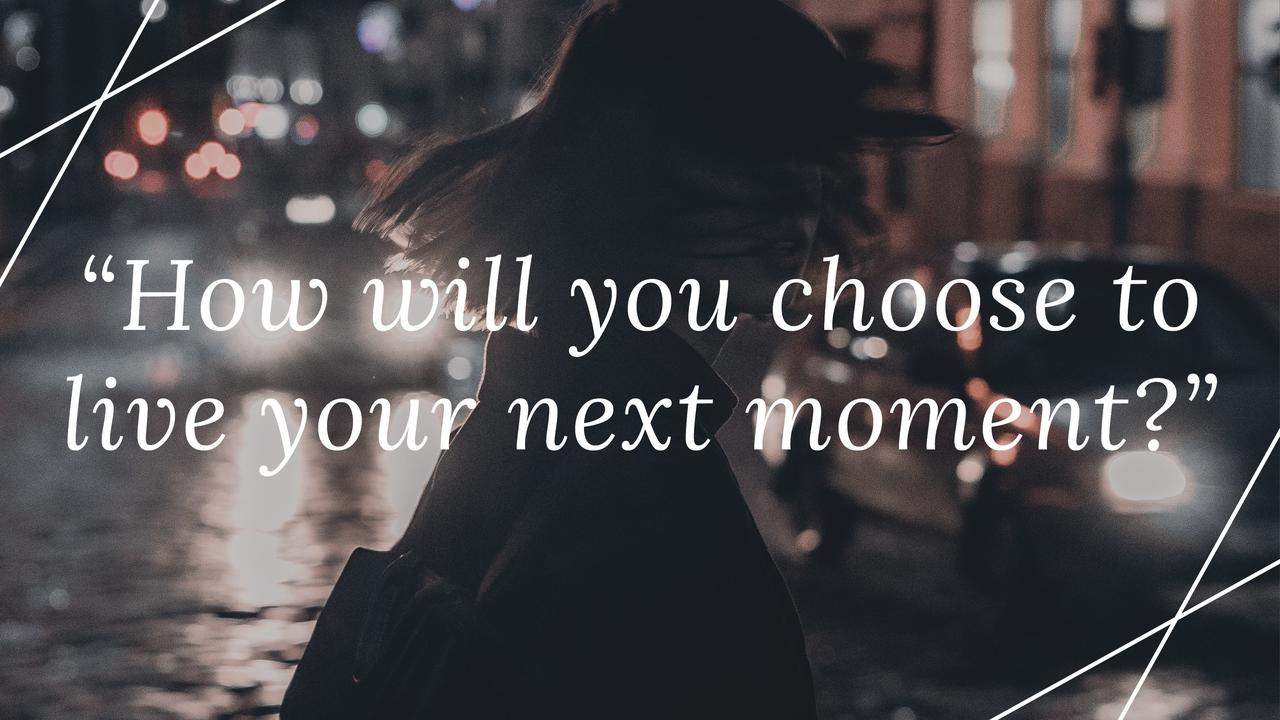 The man stands wavering. His frame is so thin he appears lost in his clothes. His grey eyes bear the haze of starvation, and yet they flicker with the flame of bright thought. A concentration camp prisoner, he has witnessed atrocities and also achievement. Achievement? You might ask, what is there to achieve in a place where everyone has been stripped of every freedom? This man will turn and he will look at you with the severity of a final breath; he will speak to you with an edge in his voice that has been sharpened by suffering. Some of the most noble achievements of humankind, he says, happened right here in this place before his eyes.

This man, Viktor Frankl, is an exemplar of resilience. Many of you are likely familiar with his most famous work: Man’s Search For Meaning – a slim, searing account of Frankl’s years in Nazi camps, the majority of which he composed over two inspired weeks upon his release. Within it he wrote: “Everything can be taken from a man but one thing: the last of the human freedoms – to choose one’s attitude in any set of circumstances, to choose one’s own way.” Frankl asserts that, “as soon as a painful fate cannot be changed, it not only must be accepted but may be transmuted into something meaningful, into an achievement.” In other words when we cannot change our circumstances, we can change our attitude toward them, and this transformation in an achievement in itself.

Who among us can claim to experience more deplorable conditions that Frankl endured? The severity of the circumstances in which Frankl’s philosophy was developed is part of the reason it is so difficult to discount. When Frankl tells us that finding meaning in struggle can enable us to endure the depths of despair, we cannot simply say that, “he doesn’t understand how hard it is for you or me.”  Still, to attain an attitude of achievement within any dire circumstance is a supremely difficult task. The purpose of this essay is to share Frankl’s approach to forging such an attitude.

I’m grateful that no one reading this is currently imprisoned within a concentration camp. But, I’m certain that many of you are living through times of fierce difficulty. Within each of our lives pain and constraint run rampant and assume numerous forms. My own is no exception. For example, someone close to me recently lost his job through no fault of his own. He is searching for his next step but no leads are appearing for him. I know a few committed athletes who are currently injured and for whom injury means unemployment. Bodies heal in their own time without concern for bills and bank balances. One of my colleagues lost his child last year. A colleague of mine lost his child, yes, that’s what I said. How can I possibly compose a sentence that includes the word “achievement” after such a statement?

Yet, despite our difficulties, our time on earth is brief and our moments are fleeting. How we experience difficulty consumes a large portion of our lives. My contemplation over my sentence above is one moment spent. The time it took to write and read this sentence is another. The question of how will you spend your moments is a critical one. Or, perhaps a better question is, how will you choose to see each of your irreplaceable moments? Considering the fact that precisely how we spend them is not always entirely in our hands. “Man’s freedom is no freedom from conditions but rather freedom to take a stand on whatever conditions might confront him,” says Frankl. What attitude will shape your perspective and guide your actions? On what can we stand when things are at their worst? Frankl offers some answers.

Once released from the concentration camp Frankl went on to develop Logotherapy, which is best summarized as a therapy of meaning. “The meaning of my life is to help others find meaning in theirs,” he wrote. Within his book, The Will To Meaning, Frankl explained that any moment “can have meaning if it changes you for the better.” He highlighted three approaches to any moment through which meaning can be found: The creative method, the experiential method, and the attitudinal stance. He claims that to stand upon one or all of these during difficult times transforms that moment into an achievement. Let's explore each in detail:

What will you give to this moment? This is the question at the heart of the creative method for finding meaning. Frankl explains that every moment of our lives can be an opportunity to create or contribute. Constraint can enhance creativity by preventing us from utilizing our normal strategies. As a result we are forced to innovate in ways we would not have been otherwise.

Five years ago my brother broke his right foot while rock-climbing. An avid drummer, he was reliant on his right foot to work the pedal on the base drum. Now casted, he could drum with this foot no longer. Instead of putting his music on hold until the foot healed he decided to practice with his left foot. This was not an easy task. When he first began trying my brother was unable to drum with his left foot.  However, with diligent effort over time, he became proficient with that foot, and when his right foot healed he discovered that his overall skills were greatly enhanced. Through him I witnessed a truth I’d only previously understood in theory: constraint can be a gift that leads to accelerated, and even unique progress. Is there a way that you could adapt within a current difficulty that could expand your skills in previously unimagined ways?

What will you allow this moment to give you? This is the question at the heart of the experiential method. Sometimes difficulty can force us to pay more attention to the riches in our current environment. For example, in my late twenties I took one last shot at riding horses in the Olympic Games. My odds were long and unlikely. My horse was small and unconventional, and I had little money with which to pursue this most expensive of passions. Incredibly, a group of generous people offered to support my dream. Ten enthusiastic friends contributed time, money, and other resources to my Olympic bid. We traveled together, held fundraisers, and planned and schemed and dreamed.

The odds won in the end. I did not reach my goal. The road toward remote athletic dreams is grueling and unpredictable. There were plenty of moments when things were going wrong, and all I had to speak for were the loving relationships at my side. Now, almost ten years later, I still look back with immense gratitude on the support I was given through that time. To have been the benefactor of such belief and generosity was humbling. And although I did not attain the outcome I hoped for, I was exposed to true exemplars of support to an extent I would not have been otherwise. The love of these friends is one of the great gifts of my life, and an example that I aspire to emulate. I’m grateful for this experience that enabled the pain of failure to drive my attention and gratitude richer and deeper.

What attitude will you assume in this moment? This decision, says Frankl, is the most critical to finding meaning in difficulty. It is the attitude chosen that is in the end the meaningful achievement. Frankl says that our freedom to choose the quality of each moment is both our gift and our responsibility. Everyone struggles with choosing an admirable attitude from time to time. Hopelessness, and blindness to positive possibilities are normal human afflictions. When we’re deeply affected these conditions can feel insurmountable. What can we do when we are beset by these emotions? How can we move from angst and apathy to achievement?

Even when blinded by the fog of despair, deep in my heart I sense a tension. No matter how despondent I am, apathy isn’t all there is. Feel deep into your heart. Surely there’s some energy there – an annoyance, frustration, anger. Could this tension be interpreted as the pull of hope ready to flip things on their head? Maybe that taught sensation is just waiting for one solid yank of conviction from you, or I, to turn the tables.

Perhaps that’s how I’m feeling right now, a little stuck, a little empty. Yes, I was sitting within some apathy today as I began this work. But, I’m going to draw from the message of this content and choose to write with the energy that’s tight in my heart. Maybe these words I’m writing are rising from that place right now. Can you tell? In fact, I think that my tension just helped make that last sentence more clear and perhaps the next one more beautiful. I’m going to use this discomfort to confront the dumb blankness, and I will write relentlessly until something of value appears. Maybe that’s what I’m doing in this moment. That is what I’m doing … How is this beginning to sound? How are you beginning to feel?

I believe that choosing hope on a grey day moves something: one tiny piece of a force we cannot currently evaluate or measure (and I hope we never can). Maybe my attitude towards each moment really matters. Yours too. Actually, it’s undeniable that our attitudes matter because as I have shifted mine my energy in my writing has shifted, and this moment just came more alive. My hopeful pull on that inner tension just changed this moment right now, and that one that just passed – and now this one that came after that one. I’m enjoying my choice. Do you see?

I just saw. Literally, while writing this piece I just saw. And by seeing,  I’m changed for the better. That’s meaning.

How will you choose to live your next moment?