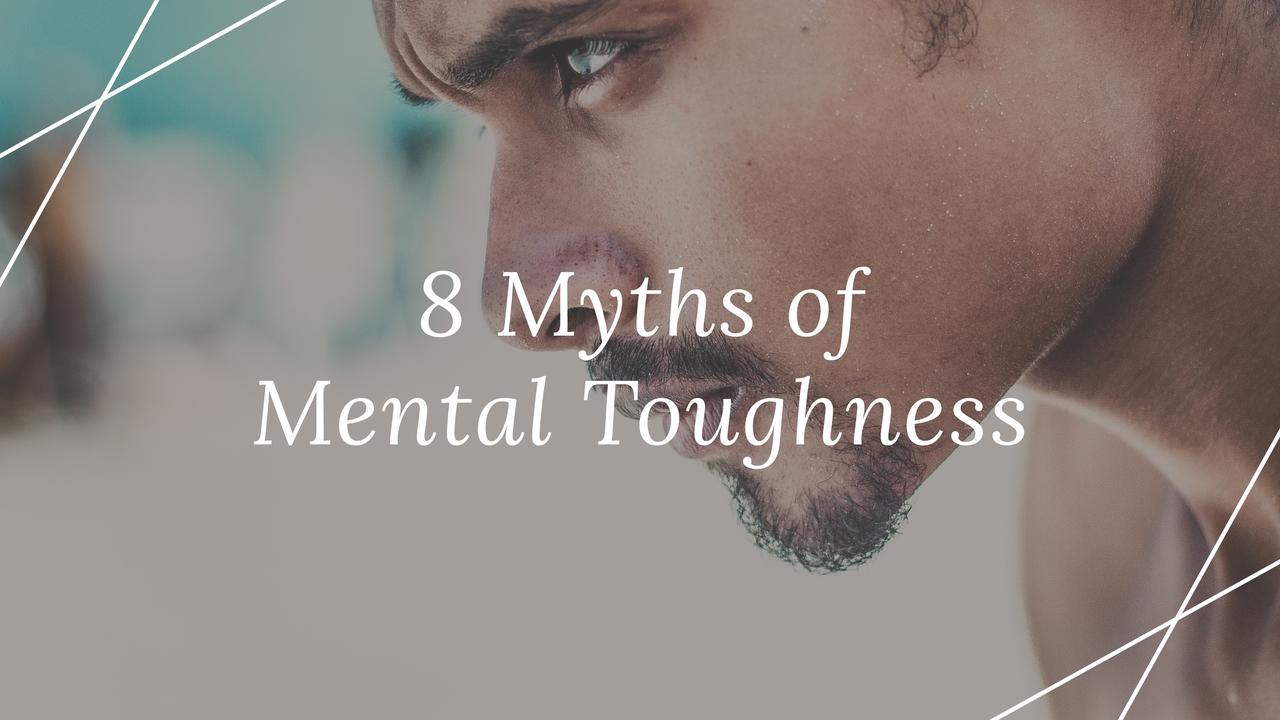 Most of us are familiar with urban myths. You know what I mean; fables similar to the tale that alligators live in New York sewers. Every so often there is a trace of truth in myths of these type (for example, in the 1960’s there was a faulty television that emitted radiation that damaged eyes). However, in the vast majority of cases these stories are not supported by evidence. Within my profession of performance psychology, I’ve learned that there are psychology myths as well. The examples that I will highlight as myths carry more truth than the alligators in New York sewers (none have ever been spotted). For example, I will warn you against getting too “pumped up” prior to a major performance, when in fact it can sometimes be advantageous to raise your intensity. However, to cling to these beliefs as rules of thumb, or to consider them to be universally reliable practices, would be a mistake. In fact, to cling to any of these too tightly can harm performance, and can prevent a person from learning about more current strategies that could greatly improve their work.

In the paragraphs to follow, I will list eight mental toughness myths. But first, I will begin by explaining the term “mental toughness” itself, and explain why it is misleading. I will urge you to hear out your negative thoughts. I will explain that practice alone does not make perfect. My hope is to ease your grip on these somewhat outdated strategies, and to make you aware of other methods to reach your best.

Myth 1: “Mental toughness,” the term itself.

When I hear the term, “mental toughness,” I imagine something hard, rigid, and impermeable to threat. In many ways these qualities sound desirable if someone is facing a meaningful challenge that demands their highest skills. However, this approach only illustrates one example of how a person can become mentally resilient and does not cover other methods that are often more effective than “toughness.”

Increasingly, compassion, love, and acceptance are now shown to be mental strategies related to outstanding outcomes. The ability to use both hardness and softness to draw the best out of oneself is called  “mental agility.” To utilize mental agility is to behave more like a martial artist than a linebacker. Mental agility is the ability to move lightly, and to dance with the multiple elements of a challenge. To be mentally agile is to possess skills that draw on the full range of human strengths, and is a preferable term to encompass the state one should seek in the pursuit of excellent performance.

It is a common belief that when a performer is wearing headphones prior to his performance, he is likely listening to music that will cause him to become “pumped up.” Often when performers are wearing headphones they are listening to something soothing, or interesting, or nothing at all. Many crafts are best performed when a person is extremely calm and present. Time spent engaging with subject matter that is not related to the performer’s craft, and yet is interesting enough to keep his attention, can be a terrific way to stay calm. Some people value some quiet time and prefer not to engage with people. Wearing headphones can keep others from reaching out to talk.

The degree to which arousal (being “pumped up”) aids a performance, depends on the nature of it. Crafts that involve speed, force, or aggression (like a linebacker in football) often benefit from high levels of arousal. However, crafts that require creative thinking, or complicated skills, are often hampered by high levels of intensity.

Myth 3: Negative emotions should not be acknowledged or expressed.

When a person tries to suppress an emotion, what actually happens is the emotion itself tends to increase. Similar to what happens to a balloon when we try to push it under the water, it always pops up, and always with greater height than if we had just allowed it float on the surface. However, prior to an important performance, there can be fear that if any negative thoughts and emotions are acknowledged they will grow powerful enough to spoil a performance. Surely, a negative emotion allowed to grow out of control can damage a performance greatly. However, this does not have to be the case. Normally no harm comes to a performer if they are able to acknowledge their emotion, recognize that the story is not necessarily real, and then focus on the task at hand. Often, once acknowledged, an emotion will dissipate and no longer cause the degree of distress it was prompting when the person was trying to suppress it.

Myth 4: If you’re not distraught after a bad performance, then you don’t care enough.

Recently, following a hard loss, a coach said to me, “you won’t believe it, but forty-five minutes later they were laughing!”  This coach was upset that his athletes had moved on from their loss so quickly. He felt that their ability to laugh and joke so close to a defeat indicated that they were not committed to the success of the team. What the coach didn’t realize is that moving on quickly from a loss increases the chances that the team will win their next game. Research shows that when a performer gives themself a hard time following a poor performance, they cause a great deal of personal distress. The brain is incredibly sensitive to any event that causes it distress. Once traumatized, the brain is constantly vigilant for circumstances that could cause similar pain. Therefore, when an athlete berates him/herself following a bad performance, the brain remembers the pain that this caused, and is more likely to try to protect the person from a repeat experience. Normally, protection comes in the form of nerves and negative self-talk, which the brain creates in order to encourage a person not to partake in more events that present the risk of pain. The belief that being hard on oneself for performing badly is a myth. Rather, following a poor performance, a person should objectively analyze the cause, make a plan, and move forward. Move on as quickly as possible for the sake of your next performance.

In most cases, hard work is essential to achieve anything truly difficult. There are plenty of stories of people training through the night despite two broken arms, and a weight strapped to their waist (yes, I’m exaggerating, but you get the idea). In the vast majority of cases, it is not the hardest worker who wins, but the one who is most tuned in to their body and reality. This person knows when to rest, and doing so before a small problem becomes larger, is just as admirable a skill as training through adverse conditions. This statement applies to any craft: artists, economists, entrepreneurs, and parents need to balance exertion and rest. Harder is not always better. In fact, it is rarely better. Brave is good, as is honesty and compassion. The trick is to pay attention to the mind and body, and to learn to understand what approaches bring the best outcome. This concept is very complimentary to the mental agility described above

Myth 6: You must always be focused.

Prior to a major performance, many people believe that they need to be focused on the performance itself. For example, a speaker might rehearse a speech over and over within an hour prior to a presentation. If you know this method works for you, by all means continue with it. However, prior to most major performances, a person is usually already well-practiced at what they will be performing! Excessive (often unnecessary) repetition can cause a person to become tense and nervous. A better strategy to attain an optimal performance mindset prior to a major performance is actually distraction. Find someone you can talk to about something other than the performance. Even better, find someone you can laugh with. By getting “out of your head,” it’s likely that you‘ll find more mental and physical ease, and allow your well-trained instincts to execute your performance beautifully.

Myth 7: The goal must mean everything.

It is true that to become the best at something, it requires  a degree of sacrifice. Often this sacrifice comes in the form of the massive amount of time required to become outstanding in a field. The investment comes at the expense of other aspects of a person’s life. However, there is sometimes the perception that if a person is to achieve a very difficult goal, that goal must be the only thing of importance in that person’s life. In reality, when a person allows the focus of life to become so narrowly focused, this doesn’t actually increase the chances they will attain their goal. Instead, it brings unnecessary vulnerability to failure and setbacks. In the vast majority of fields, people learn, create, and perform best within a feeling of safety. When people live in such a way in which their whole identity and perceived success as a human rests on the outcome of a difficult goal, there is no longer a feeling of safety. A person in this circumstance can develop a need to succeed, which can insert fear and tension into the craft itself, ultimately potentially undermining the performance.

Many of the outstanding performers I know also enjoy rich relationships and hobbies. I know a championship coach who is passionate about making sourdough bread, a national level runner who expertly plays the guitar, and a winning golfer who also ballroom dances. Having passions outside of one’s main craft allows that craft to thrive within a feeling of safety that often enhances its very quality.

To become exceptional at anything a person needs to practice. However, research has found that in most cases, it is not the time spent doing a craft that leads to expertise. Rather, what creates mastery is time spent specifically focused on practicing at the edge of one’s comfort zone. Psychologist, Anders Ericsson introduced the concept of “deliberate practice” (specific training at the edge of one’s capabilities) to the field of performance psychology. Ericsson has conducted numerous experiments demonstrating the necessity of deliberate practice to developing skills in music, chess, and sport. The key message stemming from his research is that when a person is trying to improve a skill it is not enough to simply practice. Instead, the person must specifically choose an element of that skill to work on, and challenge him/herself to the edge of their capabilities.

I hope that this essay has prompted some ideas regarding how you can tweak your own pursuit of mastery, and protect you against falling into these potentially performance hampering myths.