On Being a Great Listener 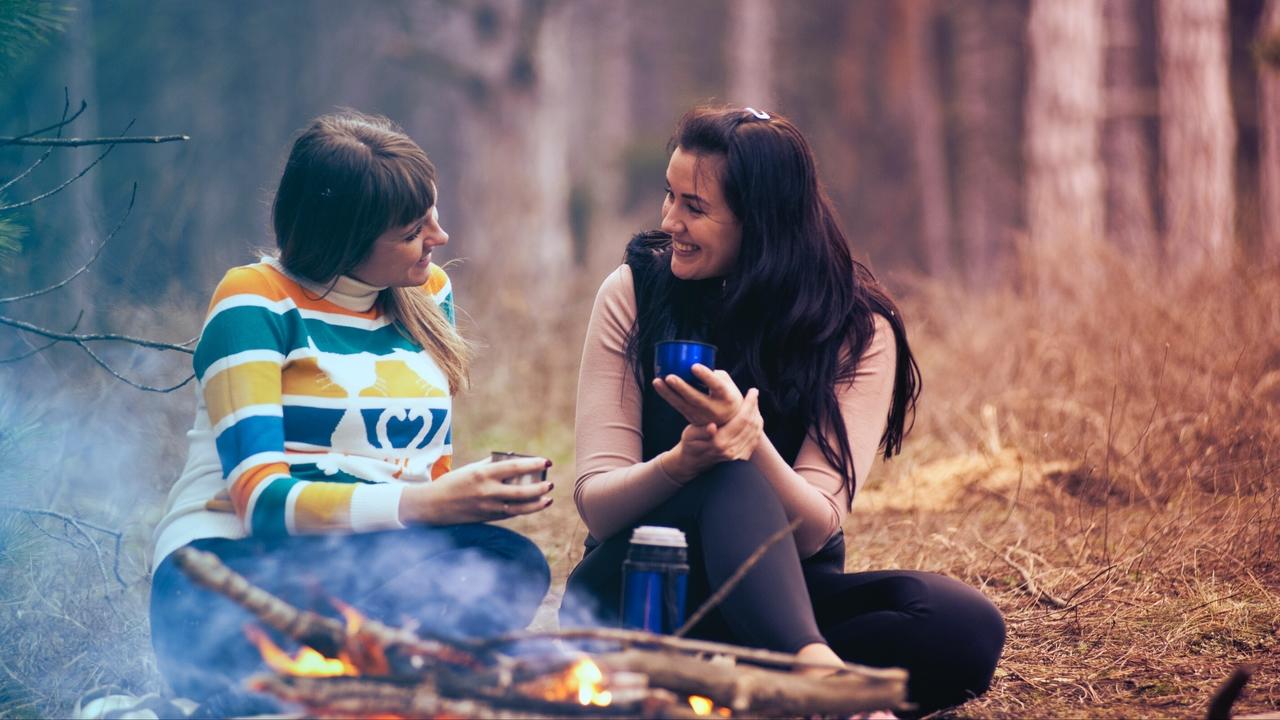 In an era cluttered with life hacks and self-improvement advice, are people really listening?

Listen up: An introduction

Among my favorite studies in all of psychology is one that examines a difference between men and women. Since time immemorial people have loved the Venus-versus-Mars dynamic. Comedians riff on perceived differences between the sexes, champions of social change lament such differences, and social scientists examine them. The particular study that tickles me so was conducted by a collaborator of mine, Sara Hodges. In it, Sara and her colleagues asked a very simple question: are there differences in the levels of the empathy of men and women? The researchers wanted to know if women or men showed more concern for others or different amounts of “accuracy” (that is, the ability to correctly understand the emotions of others).

As you might guess, they hypothesized that women might show more concern and accuracy than do men. If this turned out to be true, it could be due to the ways that females are traditionally socialized, it could have a genetic component, or it could be related to women being more likely to have a sense of identity as bring an empathic listener. Here’s what the researchers found: In the control condition, women were more empathically accurate than were men. Women could intuit the emotional states of others—even strangers—with predictable accuracy. The average accuracy score of women was 15% higher than that of men.

Now, here’s the part that makes me smile: In a different condition, both men and women were offered money if they could be empathically accurate. Would you like to know how it affected the men? They improved by 15%. Let me state this as clearly as I can (and hopefully without laughing): For the possibility of making up to 8 dollars, men suddenly became as empathic as women! (That sort of explains the comedians and social change advocates, doesn’t it?).

All of this is my long-winded way of introducing a common trope: the idea that “men don’t listen.” Whether it is motivational, socialized, genetic, or fictional does not diminish how commonly this adage is expressed across cultures and age groups. Because I am a man, and because I am curious, I decided to look into the science and theory of listening. I hope you’ll see the irony in the following: I was surprised to learn how much there was to know about the topic once I actually started paying attention.

Listening, it is said, is an art form. When I think of the various qualities associated with success-- intelligence, luck, perseverance, creativity—I am surprised by how often listening well is overlooked. A cursory glance around our social landscape reveals the importance of being a good listener. We complain about doctors when they don’t listen. We are mollified by customer service agents who do. Great leaders listen well, as do great councilors and clergy. The celebrated actor, Alan Alda, once said, “Listening is being able to be changed by the other person.” And it is here, embodied in that quote, that we can clearly see the potential of this foundational skill.

Hear, here: The psychology of sound

It might surprise you, but psychologists have been studying hearing for over 150 years. For example, two German researchers-- Gustav Fechner and Ernst Weber—were interested in discovering how people perceived sound. They were curious to explore when people do and do not notice differences between sounds. For example, if I changed the volume on your car radio from a 6 to a 6.5 you might not notice much, if any, difference. But if I swiveled the knob from a 3 to an 8, the blast of loud sound would be readily apparent. Subsequent researchers have studied the ways we adapt to sounds, that we unconsciously filter out distracting sounds, and how people make decisions about which sounds to listen to.

The results of many of these studies are fascinating and some have even trickled into the popular understanding of the topic. For example, you’ve probably heard of the “cocktail party effect.” This occurs when you are engaged in an activity and suddenly you hear your name being said from far away. It turns out that people have amazing mental radar for hearing personally relevant information. Even if you and your friends are discussing work, your ears can still pick up an across-the-room mention of your home town, your kid’s names, or your favorite sports team. It’s as if hearing is taking in this cascade of sound, and listening is deciding which bits to pay attention to.

The architecture of good listening

Here’s where things fall apart. Most folks think that good listening equates to hackneyed notions of active listening. Here, you can easily call to mind saccharine images of a friend, head cocked to one side and nodding reassuringly. Or of a movie psychotherapist narrowing her eyes and saying, “So, what I hear you saying is….” If you’ve ever been subjected to either of these stereotypes in your own life then you know that they can have a fingers-on-chalkboard effect. It turns out that true listening is something more than deep sighing and summarization.

Research from experts in communication, psychology, sociology, anthropology, and journalism has offered important clues to how to be a great listener. Let’s begin with an explanation of the architecture of great listening. Simply put, listening includes three broad components. These are: 1) paying attention, 2) understanding, and 3) relating. That is, if you wanted to put yourself through some mental boot camp designed to make you an all-star listener, you’d have to raise the bar on your focus, on your comprehension, and on your empathy. Let’s take a closer look at each:

Great listeners aren’t distracted by incoming texts on their mobile devices or focused on one-upping speakers with their own stories. Instead, they clear away the mental clutter, temptations and distractions and give their full attention to the speaker. Great listeners pay attention to the speaker’s facial expressions, posture, and tone of voice. Even in modes of communication where no visual cues are available—as in the case of an old-fashioned phone call—great listeners can still bring attentional skills to the table. They listen for the broad themes being talked about. For example, when my little sister calls me to tell me that no one in her city knows how to drive in the snow and that they should all have their licenses taken away, I get that she is communicating both humor and frustration. Skilled listeners listen to what is trying to be communicated as well as what is actually being said.

It is often said that listening is more than hearing. Indeed, we hear just about everything. Our ears don’t really have an off switch (which is why there is such a booming business in headphones). But the amount that we actually take in with any true understanding is miniscule. Like that time, a few years ago, when I asked the woman next to me on the airplane what she did for a living. The answer? She was a “cereal scientist.” I’m not kidding. She spends all day every day researching the properties of various grains. I wish I could tell you more about the specifics of her job but as soon as she started lecturing me on the “variable dry weight of barley lys3 mutations” I quit comprehending and put on my noise-cancelling headphones.

Interestingly, there is an element of the comprehension aspect of listening that runs counter to many stereotypes of the “good listener.” True understanding often requires clarification. The listener needs to be able to interact in order to better understand the vocabulary, the facts, and the context of what is being said. This means that skilled listeners ask questions. Yep; they jump in and turn what would otherwise be a monologue into a dialogue. People sometimes worry that interrupting or following up with a question might be rude. It certainly can be, but it is also a good way to show your investment in the speaker and your interest in the topic of conversation.

Ultimately, great listening is about building trust, intimacy and connection. This is a critical point because it is here that people so often fail in their attempts to listen well. The relational aspect of listening requires a degree of respect and openness that—for most of us—takes effort. It can be tough to muster empathy for another person or to marshal the curiosity necessary to ask relationship-deepening questions. Even the best of us have a tendency to get a little judge-y. Like the time my parents came for a visit and my dad, at the refrigerator, said, “Organic milk? That’s weird.”

What great listeners actually do

Graham Bodie, a professor at University of Mississippi, has made a career out or researching listening. Among his intriguing findings is a catalogue of what listeners actually do during conversations. He and his colleagues found that eye contact was the most important—and most frequently observed—aspect of good listening. In an era when more than one thousand Americans a year are admitted to emergency rooms for injuries sustained while walking and texting, eye contact may be a dying art.

But, beyond looking a someone in the face, the next bunch of skills associated with good listening were far more active and participatory than you might guess. They included asking questions, elaborating on topics with more than a yes or no response, and trying to find common ground. Other behaviors that seem more associated with talking than listening, such as laughing, telling jokes, and self-disclosure, were also important to boosting conversational flow.

Taken together, these findings suggest that being a great listener is far more than just waiting your turn to speak. It runs deeper than hearing and is more interactive than most of us were taught in grade school. Among the greatest listeners of all time was Carl Rogers, a pioneer in psychotherapy and one-time president of the American Psychological Association. He was known for encouraging listening with unconditional positive regard. That is, listen with a deep warmth and acceptance of the other person. Amazingly, Rogers—a man—could do it without the carrot of 8 dollars being dangled in front of him. That has always inspired me.

Again, it takes effort to do so because of the range of judgments, opinions, and distractions that clutter the space between our ears. Even so, putting a little energy into understanding others might go a long way to building connections and, in turn, increased personal success. I’ve got some plane journeys coming up and I’m going to work on this vital skill in the weeks to come. Instead of blocking out the cereal scientists who end up as my seatmates, I am going to try to focus, understand, and connect.

Dr. Robert Biswas-Diener is widely known as the “Indiana Jones of Positive Psychology” because his research on happiness and other positive topics has taken him to such far-flung destinations as Greenland, Kenya, India and Israel. Robert works as a researcher, coach, and coach trainer at Postive Acorn. He lives in Portland, Oregon (USA) and rock climbs whenever possible. www.positiveacorn.com